In the match on May 7, the Tigers of Bangladesh won the match against West Indies by 8 wickets in the second match of the Ireland Tri-Nation Series at Dublin. After winning the toss the Caribbean decided to bat first and collected 261 run with 9 wickets. In their second innings, the tigers scored 264 run with only 2 wickets.

Tamim Iqbal from the Bangladesh team was the highest scorer who scored 80 runs of 116 balls. Soumya Sarker also scored 73 run with only 68 balls. After their turns, Shakib and Rahim came with the bats and the match was over before they declared out. Shakib scored 61 and Rahim collected 32. On another side, Shai Hope from the team West Indies scored the highest runs which is 109 and Roston Chase scored 51. But the other players could collect satisfactory run.

Mashrafee Bin Mortaza got the highest wickets and he got 3 by giving 49 runs. He becomes the highest wicket taker among the Bangladeshi bowlers in List A Cricket (413 Wickets) overtaking Abdur Razzak during his spell of 3/49 against Windies. Besides, both Saifuddin and Mustafizur also got 2 wickets where Shakib and Mehedy also got 1 wickets. From the West Indis team, Gabriel and Roston Chase got 1 wickets. So, after this glory, Bangladesh has gone one step ahead in this tri-series. The next match of Bangladesh will be held on 9 may against Ireland. 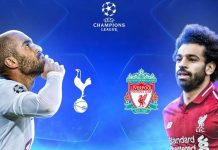