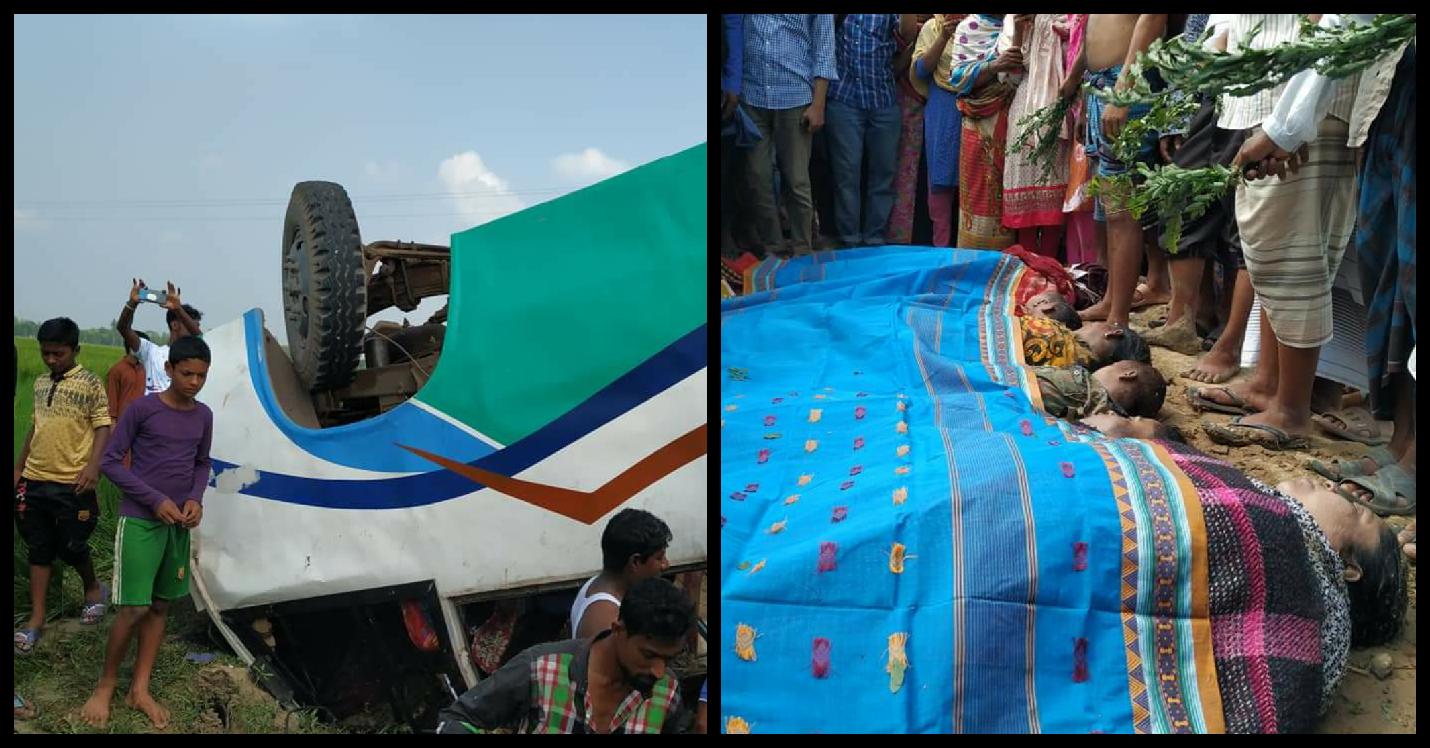 A bus fell into a roadside ditch in the Sadar Upazila of Joypurhat on Thursday (12 April) afternoon. At least 8 including 3 children died and over 15 got injured in the accident. Muminul Haque, officer-in-charge (investigation) of Joypurhat Sadar Police Station informed that there were 5 women, and 3 children who died in the accident. More information about the deceased will be informed later.

Masud Rana, a fire fighter who was engaged in carrying out rescue operation at the spot also informed that the bus fell into the ditch in Baniapara area on Bogur-Joypurhat highway as its driver lost control over steering around 1:45pm, leaving the eight people dead on the spot. A team of fire service and civil defence then went to the spot after getting informed and started working to recover the bodies and rescue the injured people. They worked till 3 pm to rescue the injured and other people.